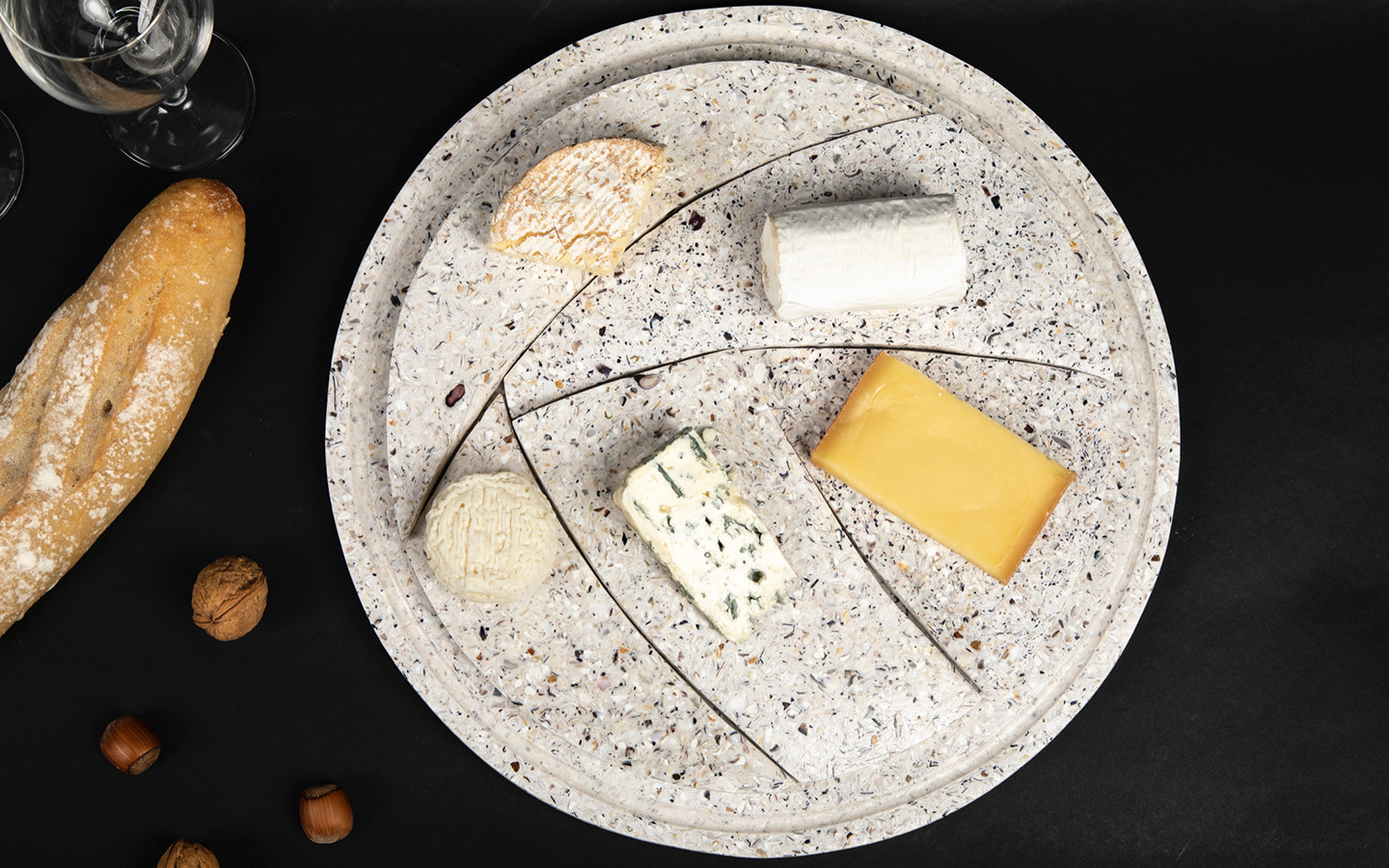 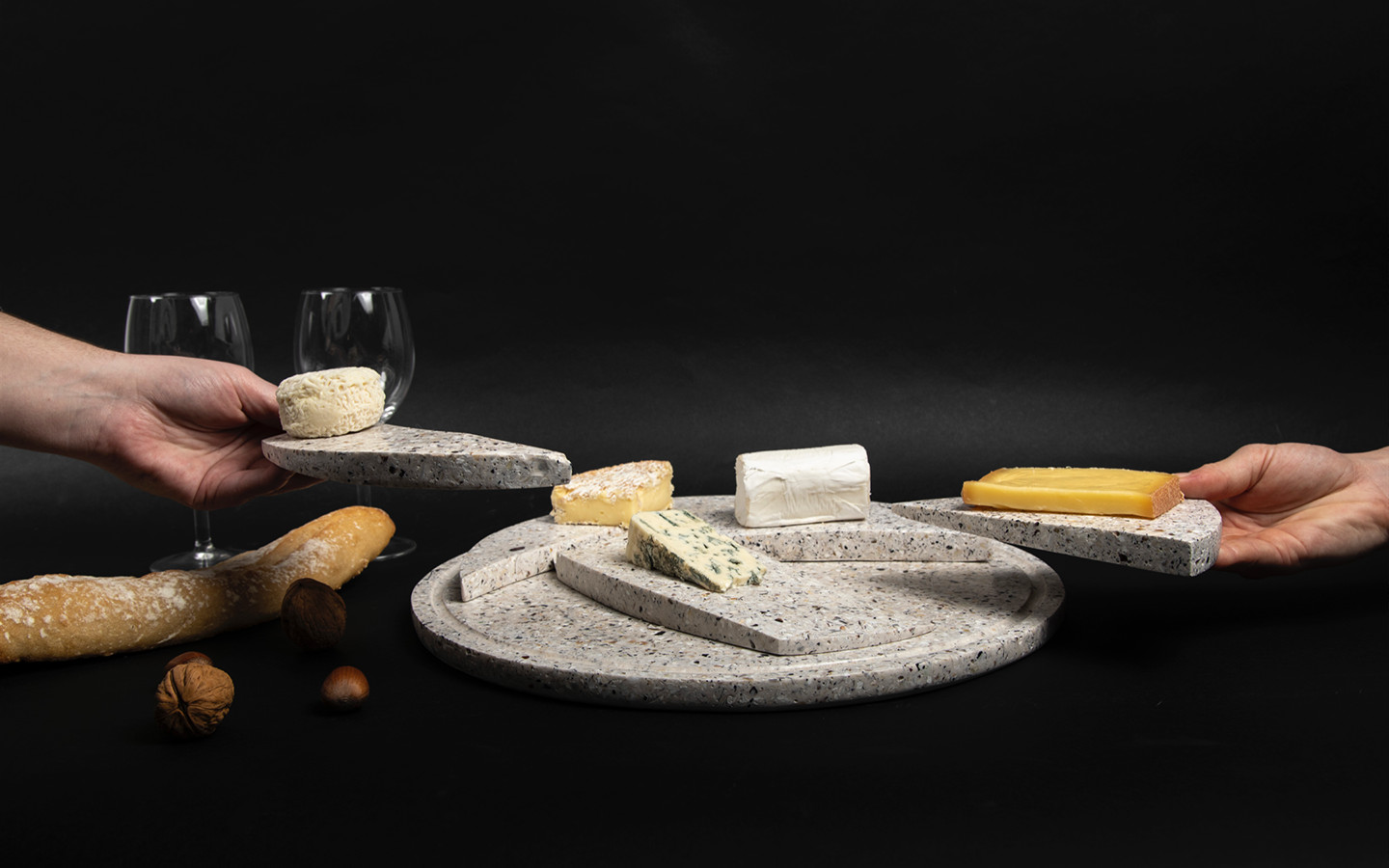 Inspired by cliffs and sand, Karreg is a cheese platter reminiscent of promenades on the rocks by the sea. Composed of a main platter and 5 small boards that can be separated from each other, this platter invites sharing. Thus, it is possible to easily dispense with the different cheeses and cut them directly from the boards. The shells used in its design are those of oysters and mussels. The pattern created by the broken shells is reminiscent of those found in cheeses such as blue cheese or Roquefort. The bluish pieces of mussels bring out the cheese.