An instrument that lets you move sound in space 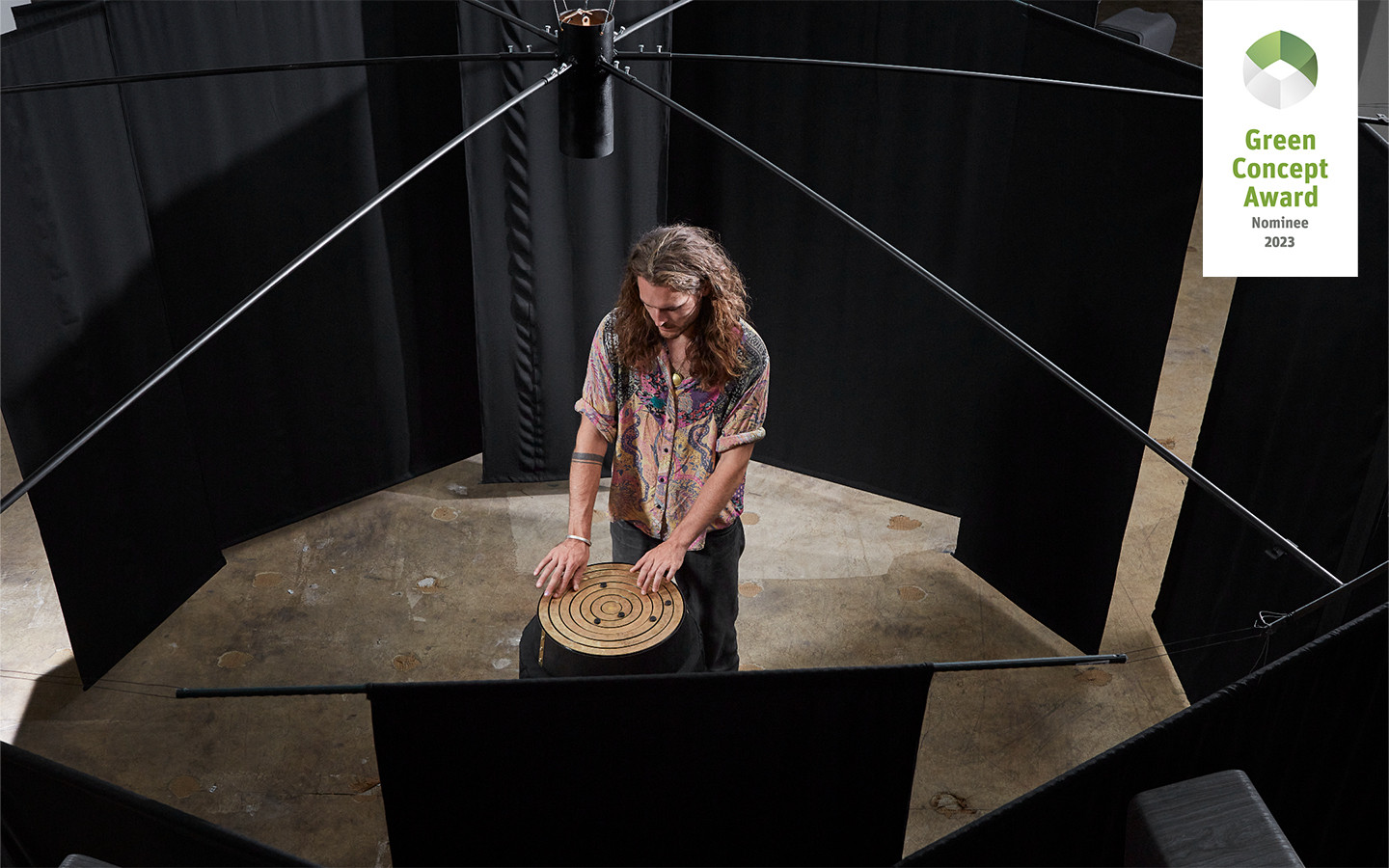 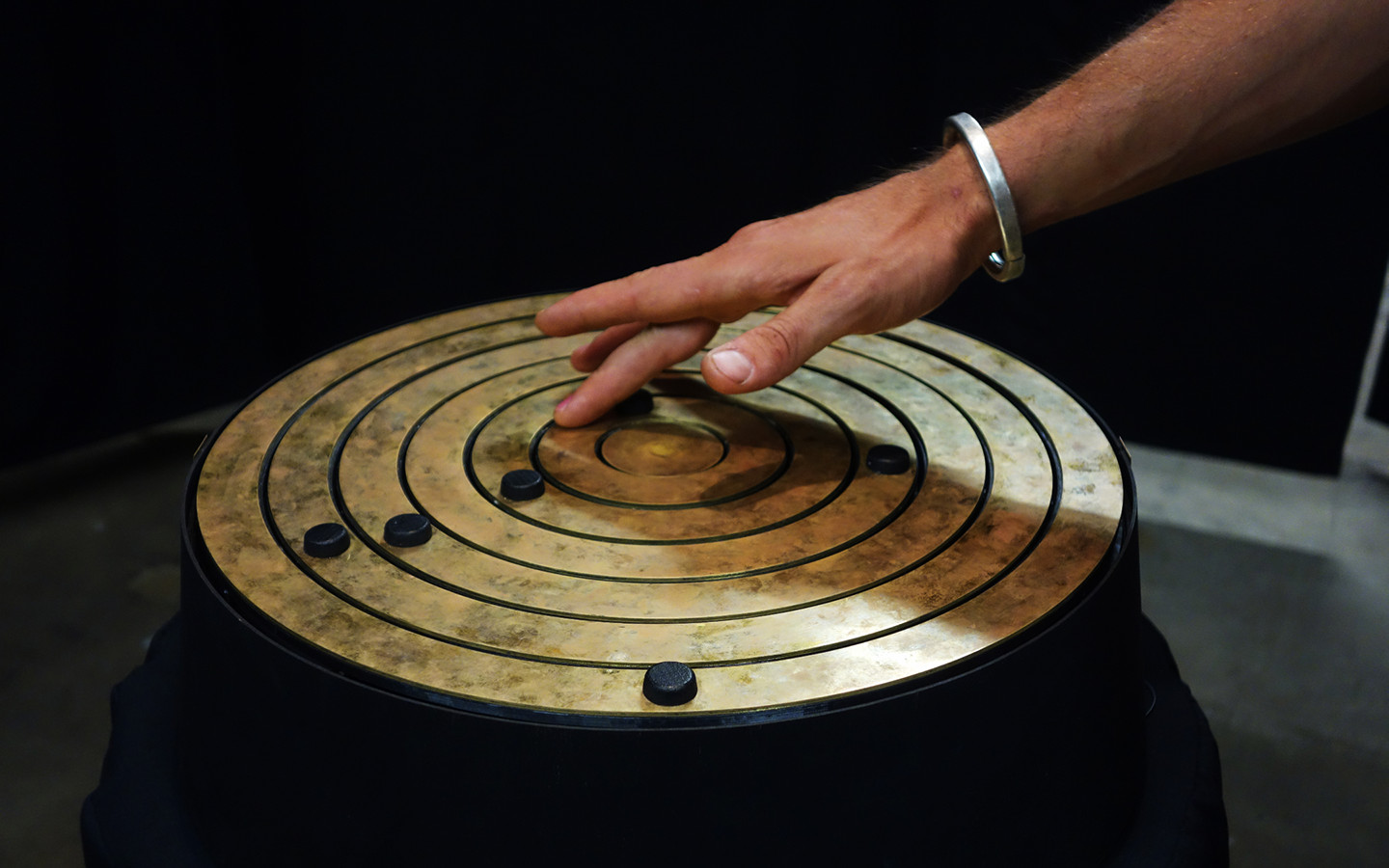 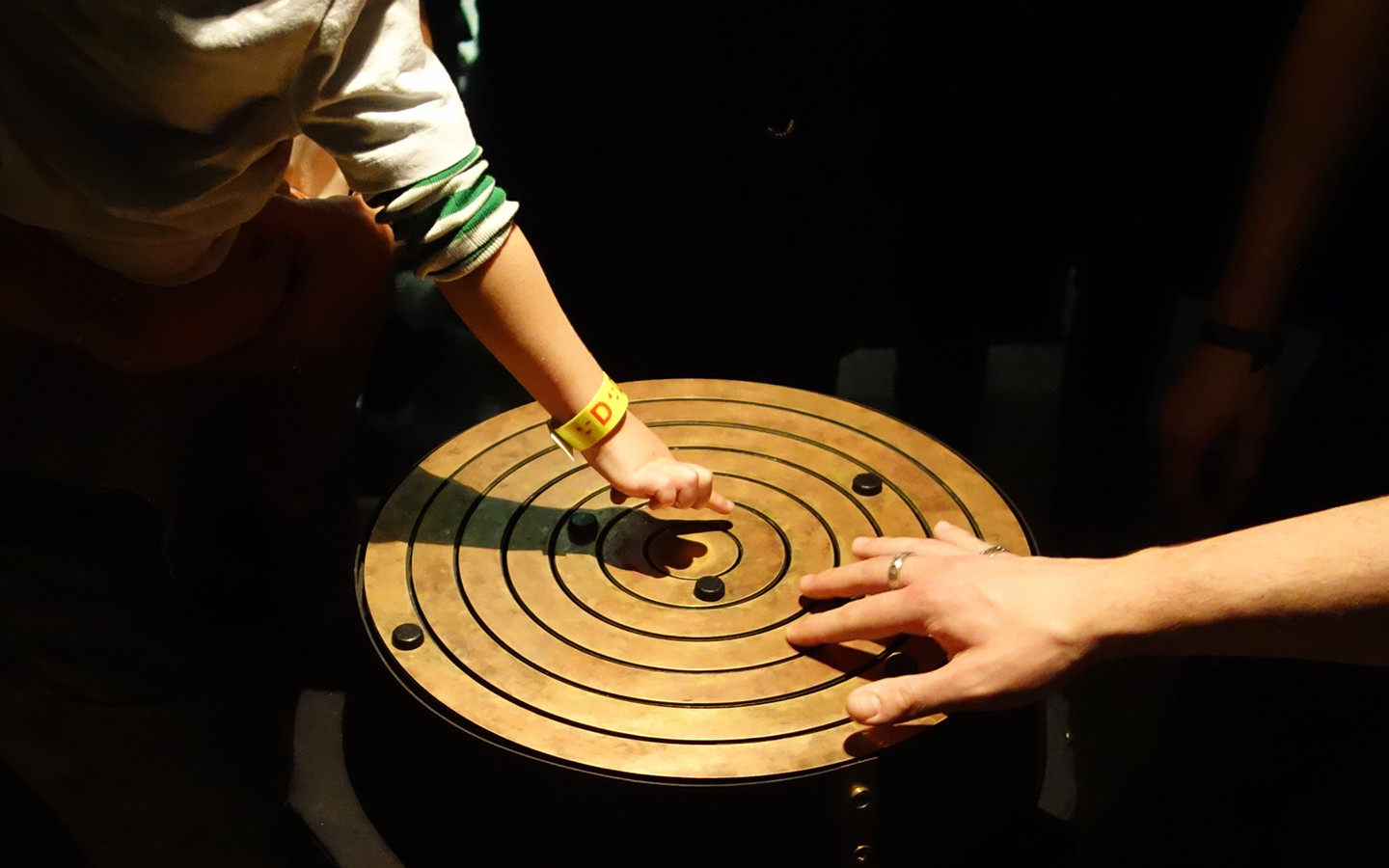 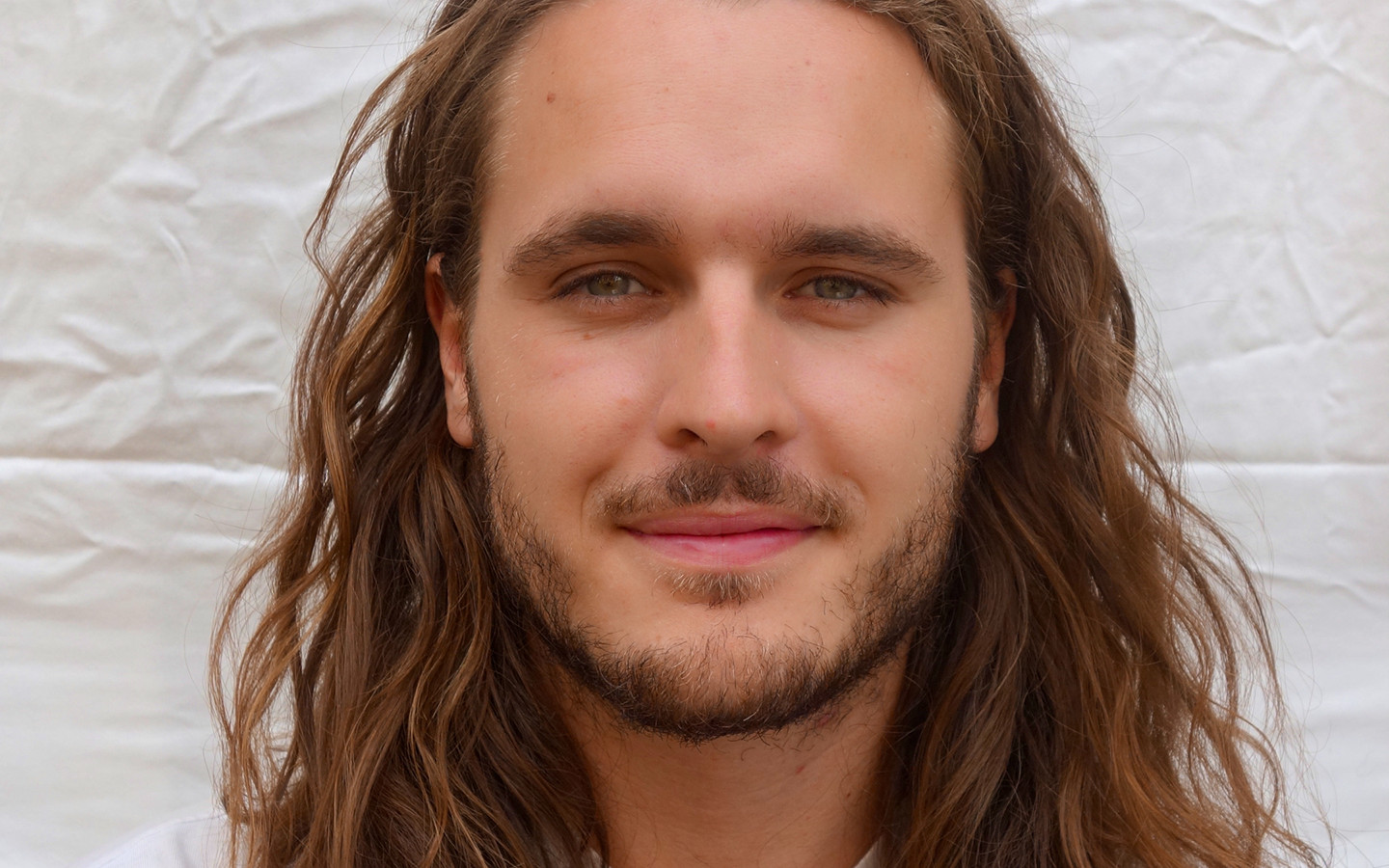 The Omniphonium is an audio controller made for playing with the spatial dimension of sound, meaning where it is coming from in the space. The installation consists of an audio controller in the centre of a space which is surrounded by six speakers. The controller itself displays seven concentric brass rings. Touching and rotating these rings will trigger a sound and allow you to move the sound source around you thanks to the surround speaker setup. It is suitable for musicians, performers, meditation guides or storytellers. One installation that many can experience move and be moved by. 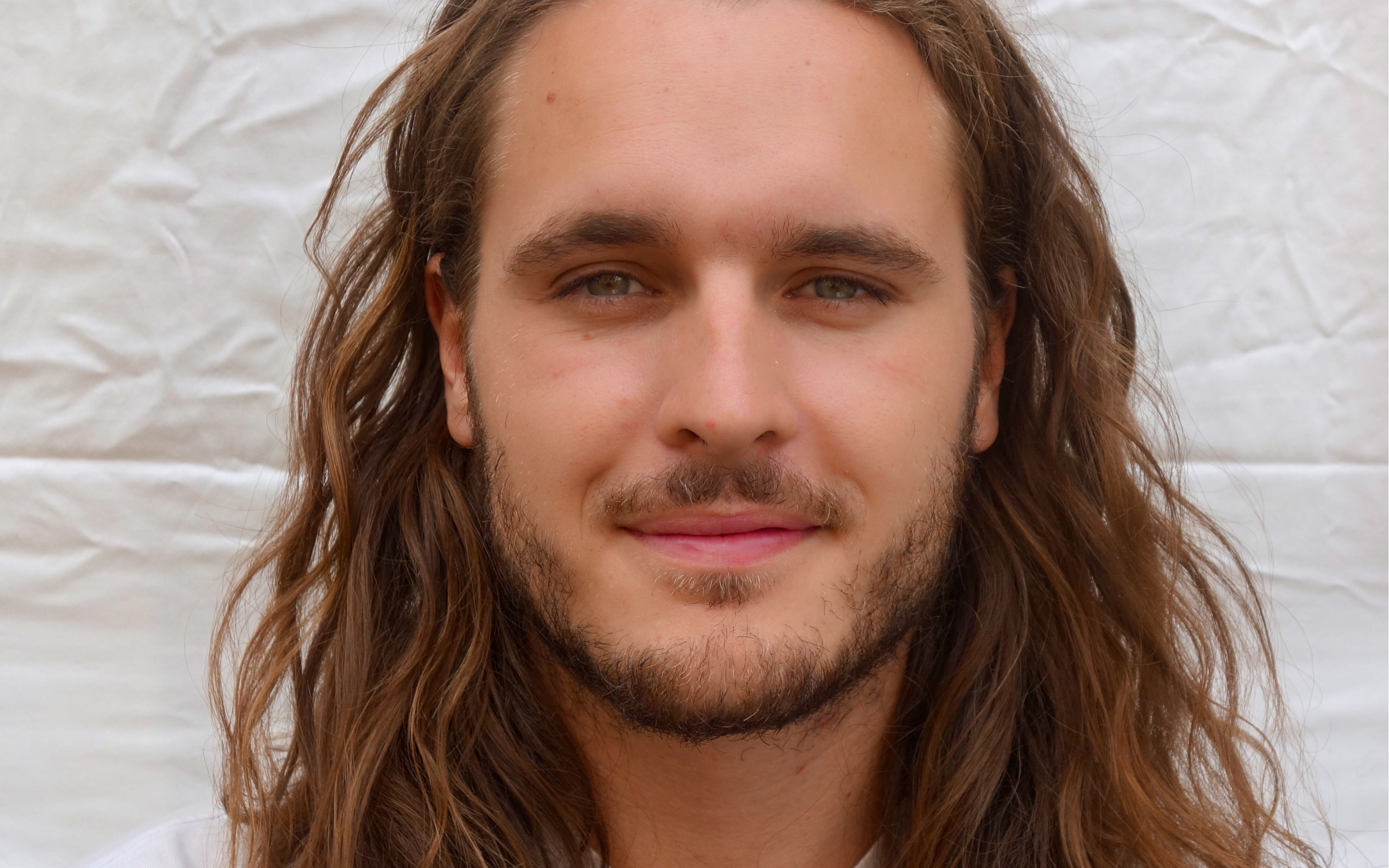 Leopold Inkapööl graduated from Design Academy Eindhoven in 2022. With a musical background he gravitates towards designing projects that deal with sound and listening, often installations with an interactive character or instrument-like objects like the "noisy hummus bar" or the "door-synthesiser". He is currently based in Stockholm where he implements sound and interactivity into public playground projects.
Prev Concept All Concepts Next Concept
Green Product Award uses cookies
Only essential Okay